NEW DEAL BETWEEN THE EUROPEAN COMMISSION AND THE BRITISH GOVERNMENT 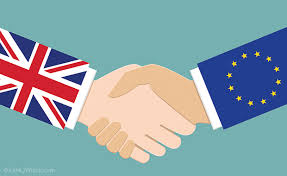 On 19 October, the British Prime Minister sent a signed letter to Jean-Claude Juncker, calling on the importance of the historic relationship between the United Kingdom and the European Union: “We will remain the EU’s closest partner and friend”. And, explaining that he does not want an extension: “a further extension would damage the interest of the UK and our EU partners, and the relationship between us… We must bring this process to a conclusion…”

Also attached was the unsigned and unheaded letter requesting an extension to the Brexit deadline.

Also on our Brexit Hub / Institutions / EU section are the Revised Political Declaration and the Revised Withdrawal Agreement with the Protocol on Ireland and Northern Ireland.