Home > About us > Regions

Since its creation, the Franco-British Chamber has, in various forms (partnership or delegations on its behalf), been represented in France and mainly in the regions where there is a significant business flow with the United Kingdom. The mission of these representations is to assist British businesses in developing activity in the Region where they have settled and to help them integrate into the local economic framework. Our network relies on its local and bi-cultural members.

The latest representation to be created in February 2017 under the impetus of Brian Murphy, who has developed a solid economic partnership with the CCI Ille-et-Vilaine (St-Malo/Rennes), the delegation officiates through the World Trade Center in Rennes. Brittany is a flourishing economic region and interdependent with certain British economic sectors such as fishing, tourism, agri-food, road and sea transport…

Since 2014, the Franco-British Chamber has had a presence in Monaco through a member, Moore Stephens Services SAM, represented by Patricia Osborne. Patricia is an auditor and chartered accountant specialising in international business development.

A privileged region for the British due to its long history with the United Kingdom, the New Aquitaine Delegation has become Franco-British Network since January 2019 and is chaired by Roger Haigh. Its mission is to assist English speakers to settle, integrate and help them to establish themselves in the region. Loïc Chavaroche, a member of the Board of Directors of the Chamber, is the Chamber’s contact person in New Aquitaine.

The Occitanie region enjoys a growing attractiveness due to its highly developed aeronautical sector. This activity has enabled the city to develop a large British community that is particularly active in the economic fabric of Toulouse. Ian Jefferies assists companies wishing to set up in Occitanie to develop their business.

The Franco-British Chamber has developed very strong links with the Franco-British International Business Association. This association is essentially a business network that promotes mutual assistance between its members.

Paris, the Chamber’s historic city, is still home to the Franco-British Chamber as well as a dynamic network of French and British companies. The region of Ile de France is currently the most attractive region for investments in France and Europe.

Normandy has important historical and geographical advantages in Franco-British economic relationship. The many ports and the skilled workforce in areas such as energy and transport make Normandy a particularly attractive region to develop a UK-focused business or as a gateway to the European market for UK companies. Lesley Coutts, from 2A Expert HR, is a specialist in human resources and is our contact in the region. 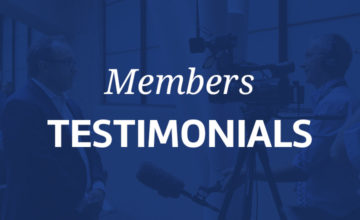