Home > About us > History

Founded in 1873, the Franco-British Chamber takes pride in its long and distinguished history. In fact, it is both the oldest British Chamber of Commerce in Europe and the oldest ‘foreign’ Chamber of Commerce in France. In the face of daunting challenges, including two World Wars, the Great Depression and the recent Global Economic crises, the Chamber has proven a remarkably dynamic and adaptable organisation, uniting and assisting the Franco-British business community for over 148 years.

On 5th May 1873, the Chamber was formally incorporated under the name of the Paris British Chamber of Commerce. It was conceived by a consortium of 22 British retailers, in the spirit of the nascent Free Trade principle. Indeed, William Gladstone’s Liberal government in London had recently signed a Free Trade treaty with the government of the French Emperor Napoleon III. The newly agreed reduction in customs duties created a great opportunity for the Franco-British business community. It was the Chamber’s initial role originally to work for “the benefit and the protection of the English community in France, and in particular in Paris”. The Chamber witnessed remarkably rapid growth in the first few decades of its existence, seeing its ranks swell to 871 members by 1914. 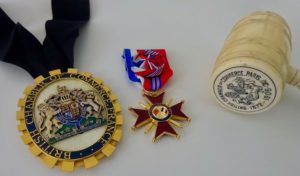 The Chamber has always maintained a proud tradition of hosting public debates and discussions. As early as 1880, the Chamber set about organising such events, or diners-débats, at the Café Riche and the Hôtel Continental in Paris, where contemporary issues such as British colonial policy and American protectionism were discussed. This policy of public relations has continued until the present day, with the Chamber hosting a wide range of events on a regular basis to inform and promote their member’s businesses.

During the first half of the twentieth century, the years of conflict and destruction were difficult times for the Chamber. The international economic context had made trade more complicated with increasingly precarious trade routes and significant currency fluctuations.

Unsurprisingly, the years of conflict and post-war disruption in the first half of the 20th century were trying times for the Chamber. It was a harsh environment for international commerce, as trade routes were precarious and currencies fluctuated dramatically. The Chamber itself was directly affected in the Second World War when, following the German invasion of France in 1940, a number of staff members including the Secretary General Harold Twitchin were arrested. The Chamber, along with the staff who were fortunate enough to escape France in time, relocated to London for the duration of the war. Despite plummeting membership in the face of hardship, the Chamber persevered, maintaining the ideals of the Entente Cordiale. It was in this period, in 1933, when the Chamber first opened its doors to ‘foreign’ (for which read French) members.

In recent decades however, the Chamber has gone from strength to strength. It bore witness to the establishment of the European Community, which Britain joined in 1973. The European Union, as it is now known, provides the Franco-British business community with highly favourable trade conditions that have enabled it to flourish. The Chamber’s current name, the Franco-British Chamber of Commerce & Industry, was adopted in December 1981. 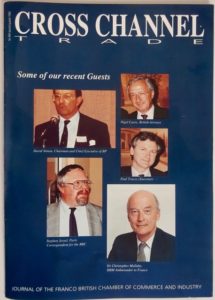 The results of the Brexit referendum of 23 June 2016 turned this dynamic on its head and the Chamber invested itself in a series of informative meetings and seminars in the following weeks and months to prepare its members from both countries for the new economic exchange rules under reconstruction.

Deliberately placing itself in a context of “positive thinking”, the Chamber encouraged its members to adopt an attitude of calm, determination and pragmatism to prepare for all options, insisting on the fact that a “no deal” would be a disadvantage for companies, member States and for the European Union.

On 31 January 2019, the Chamber announced a strategic initiative in collaboration with the consulting firm PwC and the DIT of the British Embassy in France to create the Think Tank “Cross-Channel Institute, for the promotion of Franco-British sustainable prosperity”.

“Yes to the Political Brexit but Yes to the Economic Remain”
Thierry Drilhon, President of the Franco-British Chamber

On December 24, 2021, an Agreement between the United Kingdom and the European Union has been signed, guaranteeing the preservation of a healthy and stable economic relationship.

More than ever, the Franco-British Chamber, private and non-political, is dedicated to representing and supporting the development of French and British companies of all sizes and activities on both sides of the Channel through its powerful business network, which generates opportunities and growth through goodwill and dynamic trust.

In 2023, the Franco-British Chamber will celebrate its 150th anniversary.

Using the UKCA marking
WHAT BUSINESSES NEED TO KNOW The UK has left the EU. As a result, there are changes to how businesses […]
New VAT Rules
Article 30 of the Finance Act 2022 has amended the existing VAT rules on the following subjects: Replacement of the […]
Full customs controls from 1st January 2022 : Changes to the UK-EU Trade and Cooperation Agreement
As part of the UK-EU Trade and Cooperation Agreement, the next round of regulations have come into effect, as of […]
> View all news 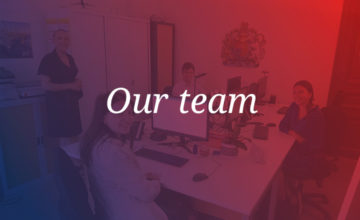