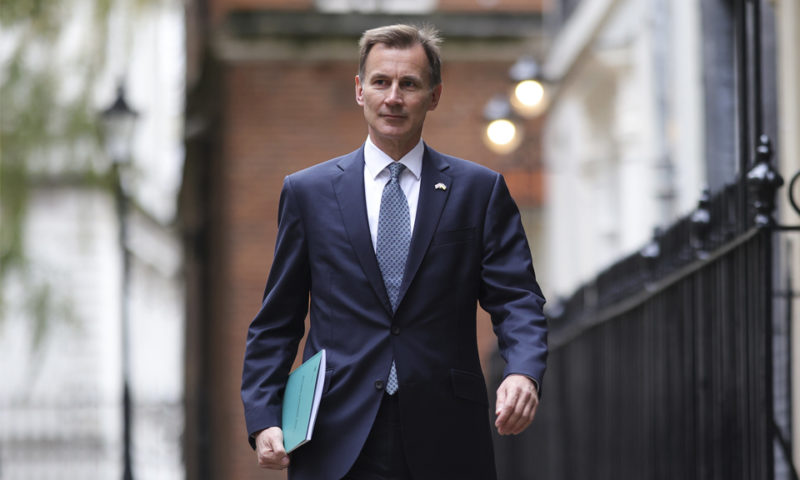 The Chancellor of the Exchequer, Jeremy Hunt, delivered the Autumn Statement to the House of Commons on 17 November. He unveiled a plan for stability, growth and public services, making the fight against inflation his priority.

The plan continues to support the purchasing power of the most vulnerable – including support mechanisms for energy bills and increases in social benefits and the minimum wage. It provides £55 billion of additional resources by 2027-28, split between £25 billion of tax rises and £30 billion of budget savings – while reaffirming priorities in health, education and research and development. The plan also includes announcements on infrastructure. For example, the government will go ahead with the Sizewell C nuclear project with an initial investment of £700 million and contracts with relevant parties, including EDF, will be signed by the end of the month, providing reliable access to low-carbon electricity for 6 million homes for over fifty years.

Jeremy Hunt said: “There is a global energy crisis, a global inflationary crisis and a global economic crisis. But today with this plan for stability, growth and public services we will weather the storm. We will do so with the resilience and compassion that is uniquely British. With the tough decisions we are taking in the plan we are strengthening public finances, reducing inflation and protecting jobs.”

As regards public finances, the Chancellor has set two new rules to ensure fiscal discipline while supporting the most vulnerable:
(1) Public debt as a proportion of GDP must fall by the fifth year of a five-year cycle.
(2) Annual public sector borrowing over the period should be below 3% of GDP.

– The Energy Price Guarantee will limit the average energy bill for a typical household to £2,500 this winter and to £3,000 from April 2023
– Rent rises in the social housing sector will be capped at 7% next year
– Additional payments will be made to support the purchasing power of eight million households. Means-tested benefit recipients will receive payments of £900. Pensioners will receive £300 and recipients of disability allowance £150
– regulated pay rises in April 2023, including a 9.7% rise in the National Living Wage to £10.42 per hour for two million workers, an annual rise of £1,600 for a full-time worker
– social benefits for workers and pensions will increase by the amount of inflation, i.e. 10.1%.

– lowering the 45% income tax threshold from £150,000 to £125,140 in April 2023 so that wealthier households contribute more to the public finances
– income tax, inheritance tax and social security tax rates will be frozen at current levels for a further two years until April 2028
– dividend tax credit will be reduced from £2,000 to £1,000 in 2023-24 and then to £500 in 2024-25
– the capital gains tax credit will be reduced from £12,300 to £6,000 in 2023-24 and to £3,000 in 2024-25
– from April 2025, road tax will apply to electric vehicles
– the cuts in property transaction duties announced in the Growth Plan in September will be time limited and will end on 31 March 2025
– Major international tax reforms agreed at the OECD will be implemented from December 2023 to ensure that multinationals, including digital giants, pay the right level of tax in the countries where they operate
– the corporate tax rate will increase from 19% to 25% in April 2023 as previously announced
– The Energy Profit Levy on oil and gas companies will increase from 25% to 35% in January and will remain in force until March 2028. A temporary tax on electricity producers of 45% will be created in January. These measures are expected to raise £14 billion next year
– Businesses will be supported in paying business rates to the tune of £13.6 billion over the next five years

– public spending will continue to rise in real terms each year for the next five years but at a slower rate
– an extra £8 billion will be allocated to health (NHS) and social care in 2024-25 and an extra £2.3 billion to education each year in 2023-24 and 2024-25
– budgets for all other departments as set out in the current Spending Review are confirmed until 2024-25, with no reduction in resources. However, departments will need to work more effectively to meet these commitments and sustain fiscal discipline
– from 2025-26 spending will increase by 1% above inflation with a freeze on capital spending in nominal terms
– 20 billion of investment in research and development will be ring-fenced in 2024-25
– Additional resources will be mobilised to fight fraud
– 6 billion of new funding will be dedicated to energy efficiency from 2025 onwards to support a new ambition to reduce energy consumption in buildings and industry by 15% by 2030