Brexit: “We’ve been watching a Netflix-style show since 2016 and at some point it has to stop”.

For Thierry Drilhon, President of the Franco-British Chamber of Commerce, companies are prepared for any scenario. 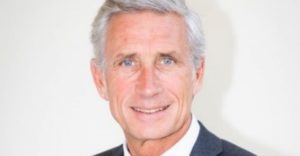 The European Union and Great Britain have made progress in recent days in their negotiations on Brexit, even if there is still work to be done if an agreement on their future trade relationship is to be reached by the end of the year, European Commission President Ursula von der Leyen said on Friday. “There are still a few meters to go to reach the finish line, so there is still work to be done,” she explained.

Thierry Drilhon is President of the Franco-British Chamber of Commerce and Industry, which represents some 2,000 companies, 40% of which are British.

How do you see the situation?
I want to believe that intelligence will take precedence in view of the economic and geostrategic stakes and that we will have a way out from above because if not, it would be a lose-lose operation, for the United Kingdom as well as for the European Union.

What is the state of preparation of the companies?
It’s been four years in the making. Luckily the companies are ready! They have prepared themselves for all scenarios and have anticipated in order not to find themselves in a risk zone when Brexit is implemented on 1 January, whatever the scenario. They have looked at their entire value chains and have made arrangements according to their exposure zones in the United Kingdom. The very large companies prepared the earliest, those of intermediate size followed, while SMEs reacted a little later because they have less financial capacity.

What about customs and health administrations on both sides of the Channel?
I have no worries and I have never had any on the French side. We have a very clear vision. The government has recruited 700 additional customs officers and 280 veterinarians. All the processes have been digitized as much as possible in order to have upstream administrative procedures. That’s twelve to eighteen months since everything is ready. Getlink (formerly Eurotunnel) has invested 47 million in digitization. There’s no reason to tip over into chaos with several dozen kilometers of truck traffic jams at the entrance to the Channel Tunnel announced by some.

“Shifting things around or putting them in brackets doesn’t fix anything”.

And the British side?
I don’t see why intelligence wouldn’t be shared. There may have been later reactions. I saw that London had freed up several hundred million pounds to buy back a set of land and carry out forced march construction in Kent to accommodate trucks. I guess whatever works on one side will have to work on the other side as well. Our English friends are very resilient and pragmatic people. They can push the cork very far and I hope that here it has not been placed too far. There is a principle of balance and reciprocity that the European Union is right to hold on to. We cannot be outside and inside at the same time and do “one stop shopping”.

Do you support the British employers’ request to suspend the imposition of customs duties for the first six months of 2021 as the United Kingdom will do?
We have been living a Netflix-style show since June 2016. At some point, things have to stop. Shifting things around or putting them in brackets doesn’t solve anything. From January 1, 2021, the British will no longer be in the European Union. There will be a new situation. But not everything will be solved overnight. The real issue is the negotiation of the 682 bi-national or multilateral agreements that exist, depending on the sector of activity, which should allow things to normalize. This is an extremely complex technical and legal unravelling. We can salute the extraordinary work of Michel Barnier and his brilliant team over the past four years. It is almost a priesthood.

*Translation of the French version