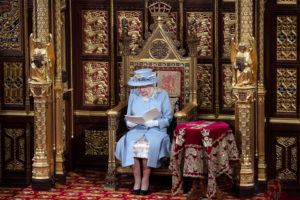 Her Majesty Queen Elizabeth II made her speech to both houses of Parliament on the 11th May.

In ten minutes, the Queen has outlined the government’s priorities and proposed legislative programme for the year ahead, as she officially reopened Parliament

The Queen insisted on the necessity for building back after the turbulent 2020-2021 period. She mentioned, among other things: