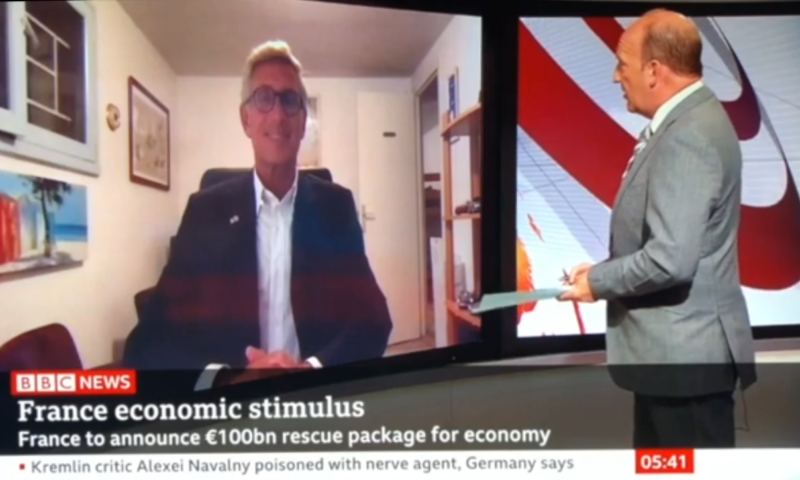 On September 3rd, our president Thierry Drilhon appeared twice on the BBC to discuss the future of the French economy. In response to the recently outlined 100 billion euro stimulus package proposed by the French government, he was questioned by presenter Rob Young about its potential to revive and modernise the French economy.