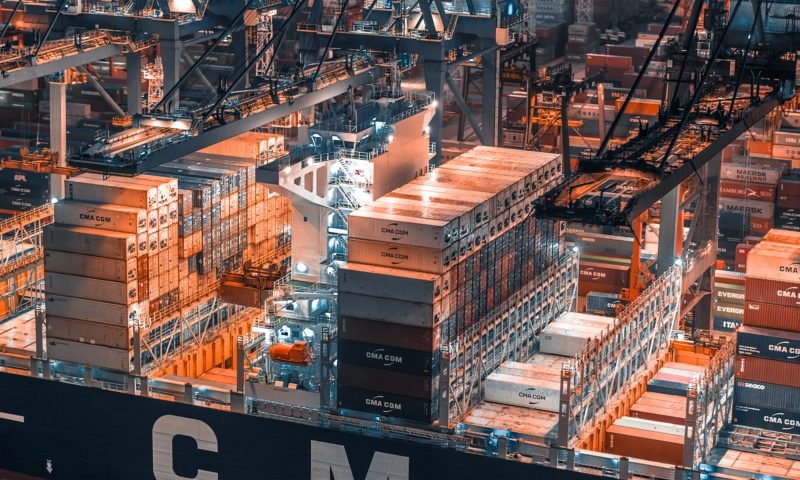 A year and a half after the effective exit of the United Kingdom from the common market, the negative consequences for the British economy are now very clear.

Rue du Faubourg-Saint-Honoré paved with the Union Jack, giant portraits of Queen Elizabeth II smiling at passers-by, the government of Her Gracious Majesty has used soft power to defend its commercial interests: in the wake of the Queen’s jubilee, the British Embassy in France invited French distributors and buyers on June 23 and 24 to present “the excellence of the know-how of the most advanced British companies.

The very chic residence of the ambassador, a private mansion once occupied by Pauline Bonaparte, was transformed for the occasion into a vast showroom for the products of the bicycle manufacturer Brompton, the manufacturers Aston Martin, Jaguar and Land Rover (even if they have gone under a foreign flag…), a selected panel of fashion, cosmetics, design and even snacking brands, not to mention a few start-ups from the world of tech with sometimes mysterious activities.

Coincidence? The embassy had chosen to organize this show, entitled So British, on the anniversary of the Brexit referendum: on June 23, 2016, 52% of Britons voted in favor of the withdrawal of the United Kingdom from the European Union. An event that has not altered the Franco-British relationship, argues Ambassador Menna Rawlings, who recalls that “France is the UK’s fifth largest trading partner.” Observing a rebound in trade between the countries in the first quarter, she is optimistic: “Things are going in the right direction, despite what you may read in the newspapers.”

In the right direction, really? A year and a half after the United Kingdom’s exit from the common market, effective January 1, 2021, nothing is certain, as evidenced by the three procedures launched or re-launched in mid-June by the European Commission against London. The reason: the bill voted in first reading in the British Parliament calling into question the special customs status of Northern Ireland, which was negotiated with great difficulty as part of the Brexit. This procedure exposes the United Kingdom to sanctions or financial penalties.

Most importantly, trade between the United Kingdom and the European Union (EU) has slowed sharply since 2019. Between the end of 2019 and the end of 2021, British exports fell by 16% to Germany, 21% to France and Italy, or 33% to Spain, according to figures from the Office for National Statistics (ONS), the official British statistical agency. The decline is even more marked for UK imports from its main EU partners: -16% for Germany, -24% for France, -26% for the Netherlands and -29% for Spain.

Of course, the health crisis, which has affected international trade, has had an impact. But it does not explain everything, as INSEE observes in its latest business climate report: while the European Union’s trade has decreased with the United Kingdom since 2018, it has increased with its other main partners, China and the United States. The institute suggests that the UK has operated “a partial substitution” between its imports from the European Union and those from the rest of the world.

So what is the real cost of Brexit to the UK economy? British economist John Springford, of the Centre for European Reform, has tried to assess this. By comparing the UK’s trajectory to that of a basket of countries with similar economic performance, he calculated that by the end of 2021, his country’s international trade in goods was 14 per cent lower than it would have been if the Brexit had not taken place.

The Brexit would also have cut GDP by 5 percent and reduced investment by 14 percent. But a shrinking gdP means raising more taxes to fund public services and the welfare state, John Springford points out. From this point of view, according to Springford, the significant tax increases decreed by the Conservative government last year were not justified by the need to fund the health care system, which was affected by the pandemic, as justified by Rishi Sunak, the Chancellor of the Exchequer. They would not have been necessary, says John Springford, if the U.K. had remained in the EU.

Of course, the Brexit is not enough to explain the surge in inflation in the UK (9% in April over 12 months), but it has its share.